Our attorneys at Don Hackett Law are determined to help you. 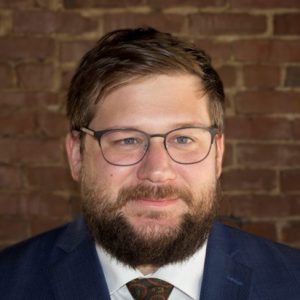 Don Hackett grew up in middle Tennessee and has lived in Tennessee his whole life. He is passionate about serving the community and upholding justice within our state.

He received his Bachelor of Arts in History from The University of Tennessee – Knoxville in 2012 and went on to receive his Juris Doctor from the University of Memphis – Cecil C. Humphreys School of Law in 2016.

In law school, Don was active in groups that focused on Criminal Defense and Pro Bono Public Service. He also interned with the Federal Public Defender's Office and various private firms. Don became a member of the Mental Health Law & Policy Journal during that time.

Since becoming a lawyer Don has practiced in many different fields such as personal injury, criminal defense,  and mass consumer fraud actions against corporations. Now he focuses almost exclusively on car and trucking accidents and is committed to helping people who have been injured by the negligence of others.

Aubrey Givens was born just down the road from Nashville in Lebanon, Tennessee. He graduated from Lebanon High School and went on to Middle Tennessee State University where he obtained a degree in Aerospace/Aviation Management.  While working on his masters in Aviation education Aubrey became interested in law and applied to the Nashville School of Law.  Aubrey graduated from law school with honors and was successful on the first attempt at the bar exam.

Aubrey began his legal career working for Attorney Larry Williams and Rocky McElhaney.  He also did an internship with the District Attorney’s office in Wilson County where he helped prosecute cases ranging from DUI to murder.  Aubrey later joined the law firm of Underhill, Blackwell, Underhill & Givens and then Aubrey then founded the law firm of Aubrey Givens & Associates.

Aubrey has been practicing personal injury for 19 years and has obtained a number of six-figure settlements against insurance and trucking companies. Aubrey is dedicated to helping Tennesseans and giving clients the best stress-free service possible.